The Chakra Therapy System was designed and given to Patrick and I in 1993 as our new service to humankind. In our health care practice our main goal was to educate people to know that it takes more than a pill to heal. We taught techniques to take control of your energy and move the body into health. It has always been easy for me to see the energetic world and a challenge to comprehend the solid world. As a child I would talk to the Celestials about the “lights” on people and they would teach me what these lights of energy were saying about a person. Many of the techniques taught to me by the Celestials are included in Energy Radiance, and I love to teach others how to play in energy. Our primary focus has always been to help people help themselves.

After selling our health care practice, Patrick and I asked for a tool that would empower and demonstrate the ability to self- heal. The Celestials and Devic energies wanted a tool that would also bring us into our true purpose, to be the rainbow bridge that spans from heaven into the earth we reside upon. For three months there was a particular deva whom would watch me, but say nothing. I was raised knowing the protocol with the spirits of nature and would smile and say nothing. Finally, one day this being approached me and agreed to lead a team that was comprised of several nature spirits from different realms and many types of celestials.

Our new journey had begun and we were honored to take on the task. Patrick made the first boxes in a 9×12 shed in our back yard in New Mexico. The details of the matrix field started out as a single, simple configuration built into an oak box. I would listen carefully to their instructions, writing down every detail, including the configuration of twelve chakras within a seven-chakra system built into the matrix inside of the wooden box. I would make the oils and go through a process of fine-tuning the formulas. Each chakra oil is comprised of several essential oils that are mixed in a certain sequence and time frame. There were many sessions with our instructors until finally we were given the approval for the first Chakra Therapy System.

As the consciousness of humanity increased the Celestials would ask us to make changes. The Premium system now had two energy systems, the original matrix in the bottom of the box and an addition frequency coil in the top. This change created a perpetual energy field that broadcasted into the space where the chakras system was, creating a harmonious space. It also doubled the energy field, making it more powerful and giving faster results. The Celestials and Devas now asked us to instruct people to clear their internal organs and structural systems after their chakras were open to promote health. This breaks up any energy blocks and restores energy that has been disrupted. Patrick continued to get creative in the design of the wooden box and the oils went through several upgrades, keeping up with the increase in collective consciousness.

Then, Patrick asked for the next step in 2003. He presented a version of the system that he thought would increase it’s potential. The Celestial and Devic instructors looked at me, looked at the box, looked at him, looked back at the box, and told him to throw it away. It was only a momentary ‘ouch’, because when you are working with energies that have no ego, you let go of yours rather quickly. They looked at Patrick and asked him to clear his mind, so that I would not have to translate, but only verify. They dumped the whole outline into his head and after he asked a few more questions, they instructed him to “go make it.” 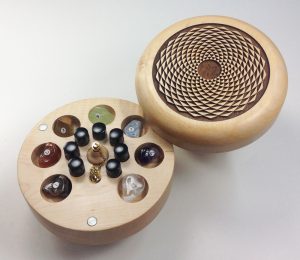 When he presented the new round version of the box, they looked at him, then at the box, then at me, winked at me, looked at Patrick and smiled. Then they explained how much different this design would be. The matrix and frequency fields are twice as large in the round design, tripling the vibration and bringing it into a fuller, more resonate harmony with the earth. This increased the magnitude of the perceptual energy field and its broadcasting ability, but most of all it would develop the additional five chakras that are configured inside the matrix, rapidly.

Our Story in Photos 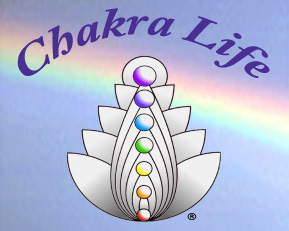 Join our mailing list to receive the latest news and updates from our team. Enter your address and birthday to recieve a birthday discount card!

You have Successfully Subscribed!